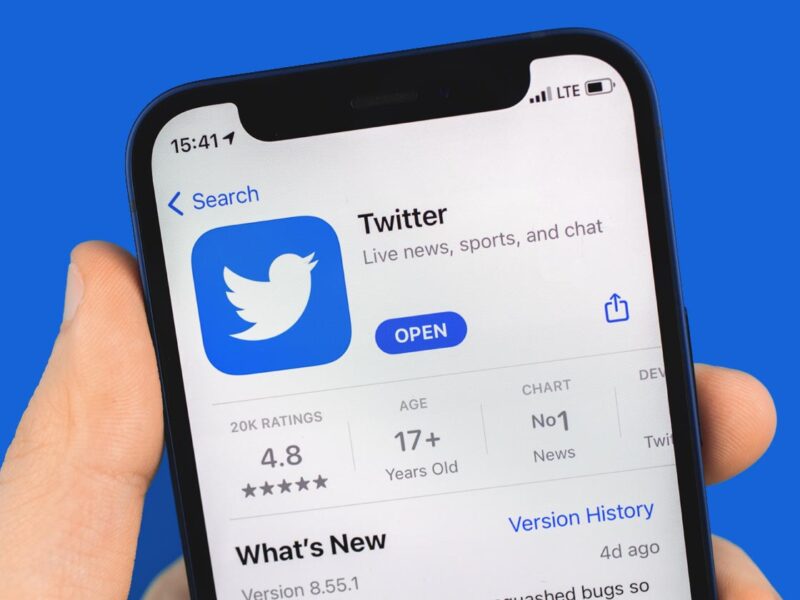 Twitter issued it’s six-month Transparency Report revealing what countries are making the most information requests, Twitter revealed facts about policing members for rule violations and a surprising trend in accounts that violate the rules.

One of the goals that Twitter stated was to protect the Open Internet.

The Open Internet is a reference to Twitter’s position against burdensome regulation from governments around the world. These regulation can seek to put limits on what kinds of information could be published on Twitter.

The idea of the Open Internet thus is one of a global standard of free speech, a right to privacy and fairness.

This is how their Open Internet document describes content moderation:

“Content moderation is more than just leave up or take down. Regulation should allow for a range of interventions, while setting clear definitions for categories of content.”

“We’re facing unprecedented challenges as governments around the world increasingly attempt to intervene and remove content.

This threat to privacy and freedom of expression is a deeply worrying trend that requires our full attention. Today’s update to the Twitter Transparency Center highlights our long-standing commitment to meaningful transparency and the pressing, urgent need to defend the free, secure, and global Open Internet.”

Preservation Requests are requests from law enforcement to preserve account information that may be used in legal proceedings.

The United States accounted for 57% of all governmental preservation requests.

Additionally, government entities from the United States also issued the most information requests than any other country, with 24% of the volume.

Twitter receives information requests from non-governmental entities, for purposes such as in a civil or criminal legal cases.

What country requests the most third-party non-government information requests? If you guessed the United States you would have guessed incorrectly.

The country of Japan issued the most requests for information from Twitter, followed by Brazil and then the United States. Those three countries represented 89% of all information requests from non-governmental entities.

Twitter received 43,387 governmental legal demands of content removal for the six months that this report covers. That equals to an average of over 7,200 requests per month and approximately 241 content removal demands per day.

Twitter reports that the amount of governmental legal requests for content removal in the six month period being reported was the largest amount they have ever received. 95% of the governmental legal demands for content removal were generated from only five countries.

Twitter’s rule enforcement was swift. The majority of Twitter’s tweet takedown moderation actions (68%) happened before violating posts could achieve 100 impressions, with only 24% of the offending posts achieving 1,000 impressions.

Of those permanently suspended accounts, 89% were proactively shut down by Twitter through the use of internal tools.

That’s a positive thing because it shows that Twitter isn’t being lax and waiting around for people to report rule violations but they are proactively hunting down and removing those accounts.

The same proactive approach to moderation also resulted in the suspension of 44,974 accounts that were discovered to be promoting terrorism and violent organizations.

Twitter reports that their proactive approach resulted in their removing 93% of those accounts through the use of their internal processes.

This proactive approach toward rapidly identifying and removing unwanted accounts may be contributing to a downward trend in the registration of those kinds of accounts that Twitter reported.

Facebook recently published a transparency report of top posts and one of the disappointing qualities of Facebook automatic moderation is that it takes so long for it to identify and remove content that violates their policies. A post that violates their content policies can receive a hundred million views before it is identified and removed.

Twitter by comparison is so fast that the majority of content violations are only seen 68 times. That’s a huge difference between the two social media sites.

Nevertheless, right or wrong, there is an impression that they do not do enough to identify and remove state sponsored bots spreading disinformation and there is nothing in this transparency report that directly references actions taken against those specific kinds of accounts.