Powerful TikTok Stats To Know In 2022 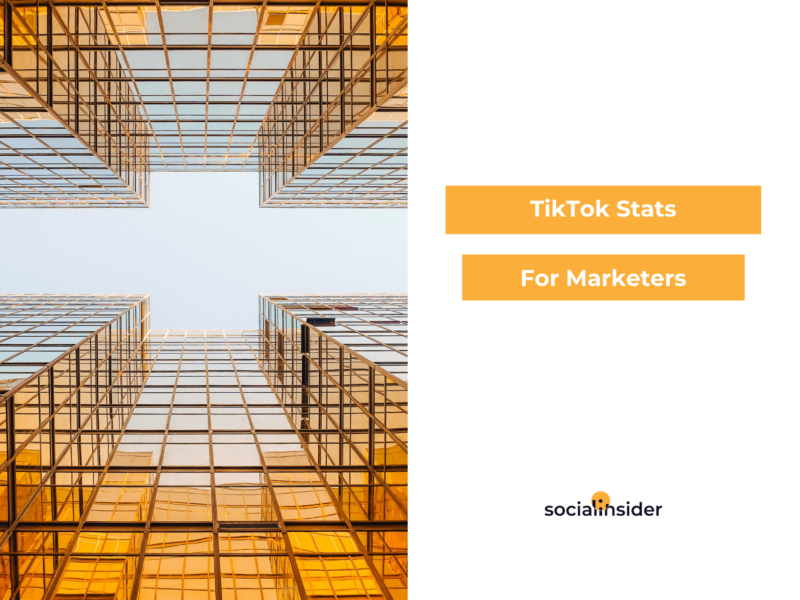 TikTok is by far the fastest growing social media platform globally, which comes with new versions to online streaming and video content.

This app allows users to create short videos with music, filters, and other features, such as stitches and duets, and go live and interact with their communities.

This emerging channel’s vibe is funny, sometimes cringe, edgy and cool, and even educational here and there.

While the new subculture created around TikTok may be unclear, one thing is certain: TikTok is addictive, and even though it may have been perceived as just a passing trend in the beginning, it’s here to stay.

In this article, I’m going to showcase the importance of TikTok marketing by presenting the most important TikTok statistics and facts so that you can adjust your business message accordingly.

As of September 2021, TikTok reached 1 billion active users on the platform, and the numbers are growing day by day.

This cool new social media channel is mostly populated by teenagers but is now used across all age groups.

Let’s see some specific TikTok demographics to understand better which segment group is more active on the app.

​​Because its primary users are people born in the last one and a half-decade, TikTok’s growth is not going to stop anytime soon. 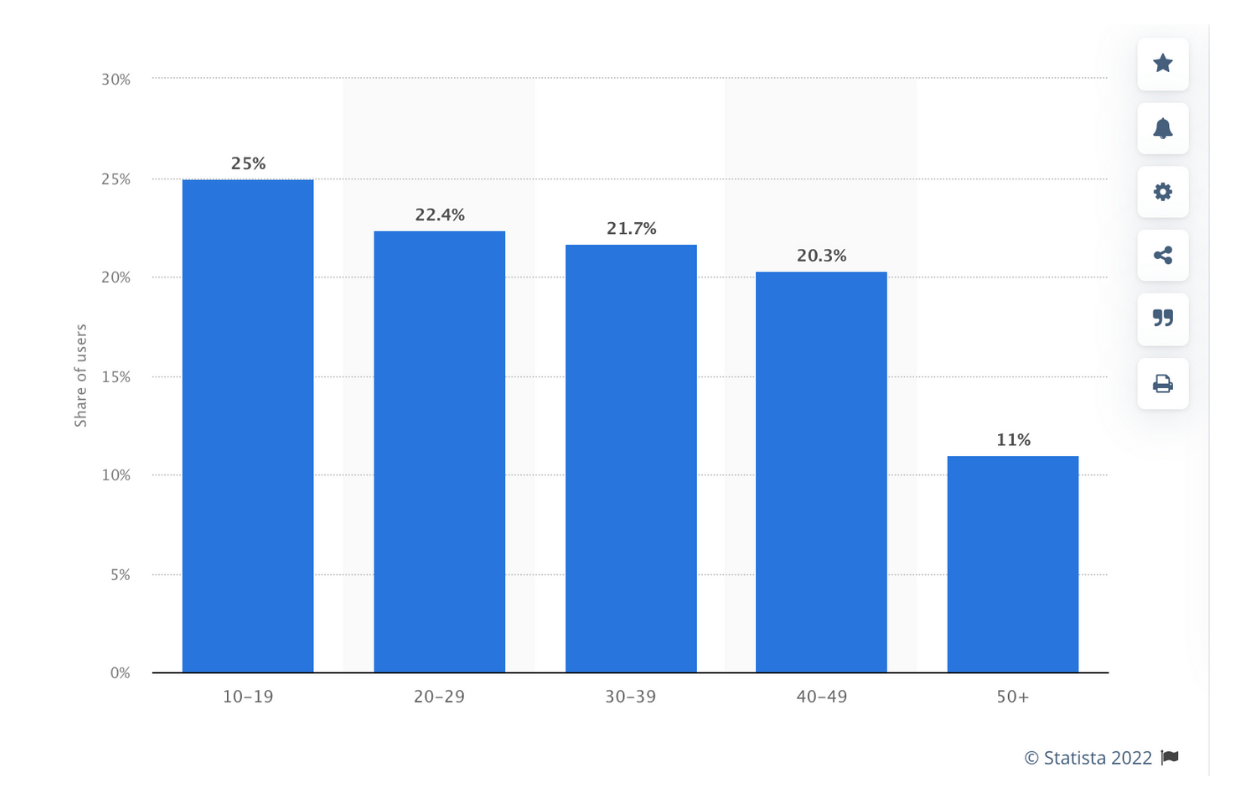 However, according to Pew Research, these numbers are changing constantly as more older people are starting to use TikTok.

So why is TikTok so popular among the younger generations? In a nutshell, due to its design and its capability of letting users express themselves creatively.

According to TikTok’s 2022 Report, its primary demographics lean towards females, although that gap has declined each year as it has gained more users.

Recent TikTok gender demographics show that almost 60% of users are females, and approximately 40% of males use the app worldwide. 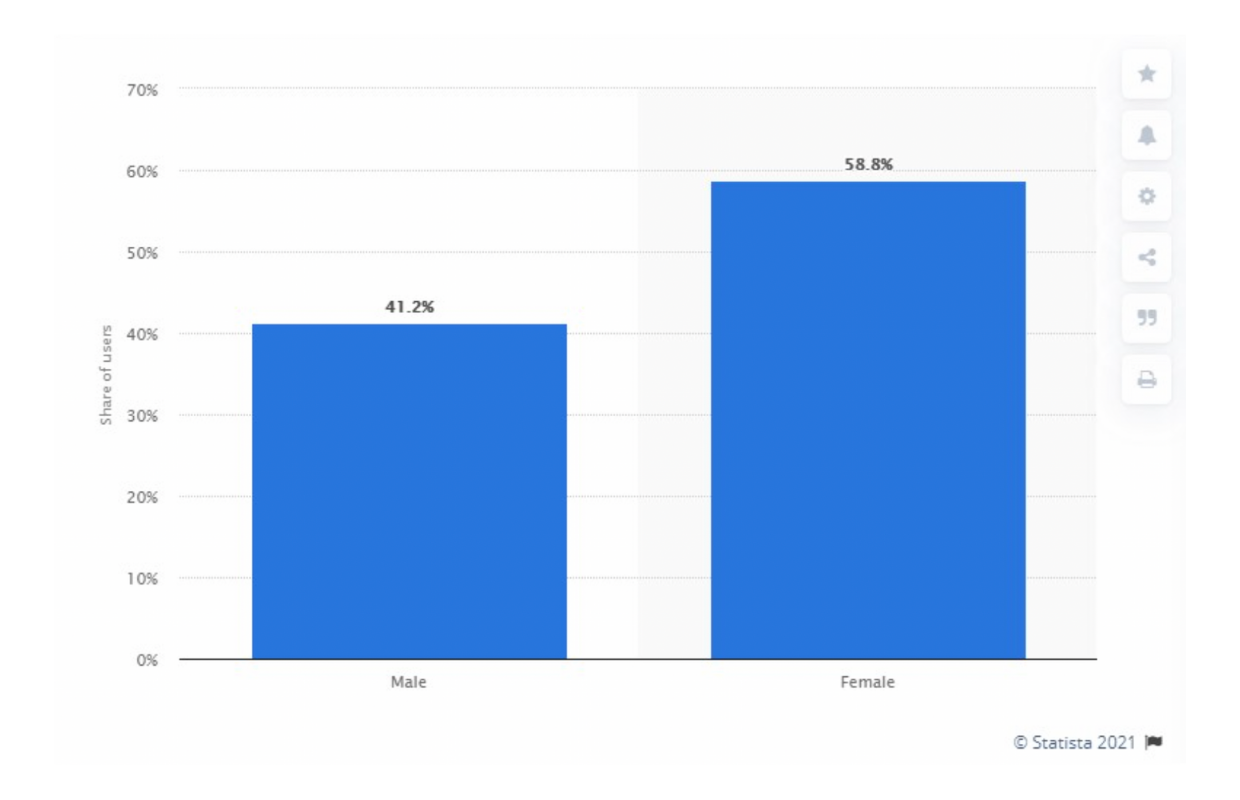 Female users in their teens accounted for 16.4% of TikTok’s active user accounts in the United States.

According to a recent study done by GlobalWebIndex, 68% of TikTok users spend time watching other people’s videos on the platform, while 55% upload their own videos.

According to our social media industry benchmarks study, TikTok is the most engaging social media platform of the moment, having an average engagement rate of 5.96%, which is way above every other network. 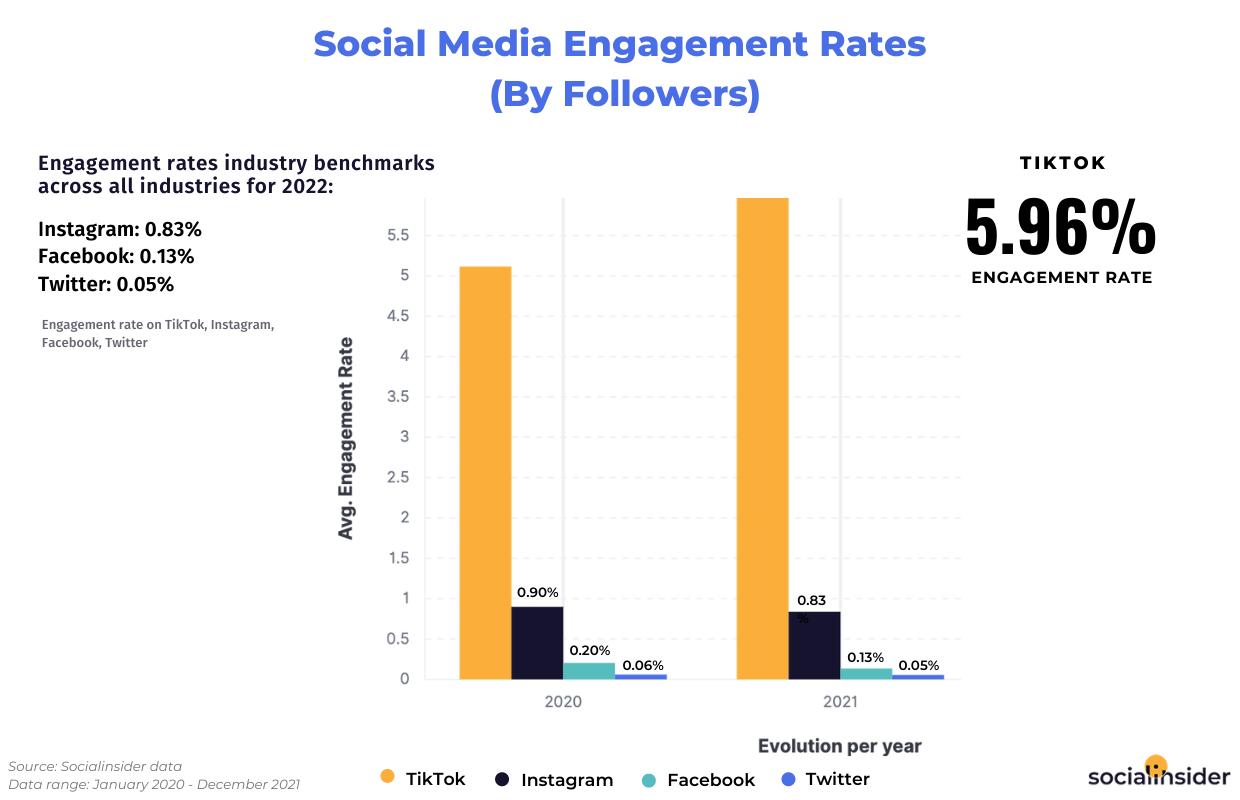 Moreover, we discovered that in 2021, TikTok’s average engagement rate increased by 14.26%.

This means that brands without a TikTok presence should jump on the trend because a well-put TikTok marketing strategy can skyrocket your engagement rates.

An average TikTok user spends 52 minutes per day on the platform, while 90% of users access it daily.

Without a doubt, TikTok is the most engaging social media app out, with an average session length of 10.85 minutes, double Pinterest at rank #2 with 5.06 minutes.

Socialinsider’s benchmarks study showed that the most engaging industry on TikTok was FMCG Food, which means that this platform has become a new place for food brands to showcase their creativity and be rewarded with great engagement stats. 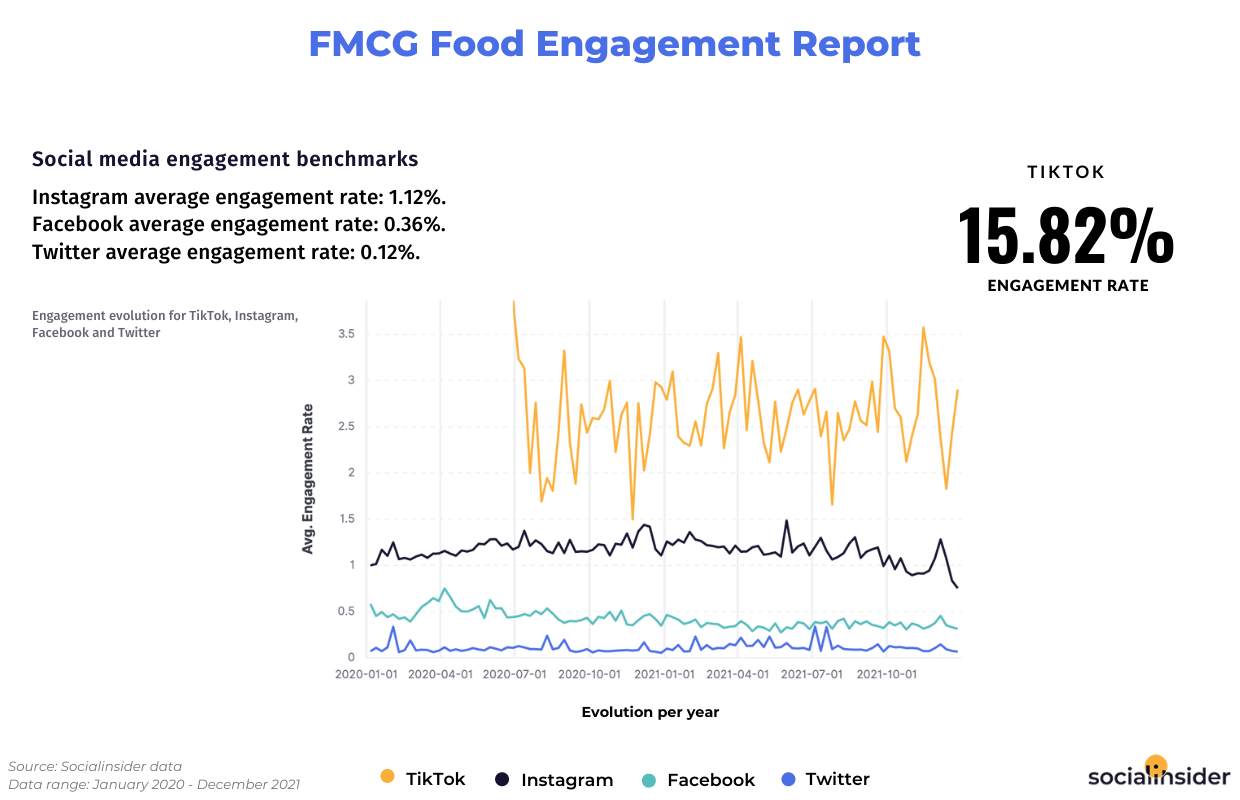 TikTok stats indicate that the platform managed to achieve its first billion downloads in February 2019, and gained another half of a billion in the next eight months, which is only impressive, considering that the app launched in 2016.

Let’s see how many how many downloads does TikTok have.

3.1. TikTok has been downloaded 2.8 billion times

It won’t be any surprise if TikTok will register three billion by the end of the year.

Business of Apps declared that TikTok was the most downloaded social media app in 2021, with 656 million downloads in that year alone.

It wasn’t only the most popular app globally, but it was U.S. citizens’ favorite app as well last year, increasing its total downloads for the year by two million.

Although TikTok was very popular in its home country, China, the app saw significant growth in downloads in India in 2019 and 2020.

In 2019, 323 million TikTok downloads came from India alone, this TikTok statistic making India the most significant contributor to the app installs, with 611 million downloads to date.

As mentioned earlier, TikTok is a social media platform for sharing, creating, and watching short videos that are catchy and entertaining.

And there’s no doubt that video content is the future of social media marketing. Here are some essential TikTok video stats that you should know about.

4.1. TikTok had over one million daily video views in 2018 after its launch

Due to the nature of the format of TikTok videos, it’s really easy to fall into a rabbit hole of constantly watching 50-60 seconds videos.

What makes TikTok videos even more addictive is that due to the carefully curated algorithm, you’ll have mostly videos of your interest in your feed, which will keep you scrolling.

So there is no surprise that TikTok had over 1 million daily video views in 2018 after its launch. You can only imagine what these numbers look like now.

One challenge that gains more than one billion views on TikTok is the #raindrop challenge. This challenge went viral in 2018, and it has gained massive interest since then.

In this challenge, creators act as if they stop rain from falling and then move their hands to shift the drops. 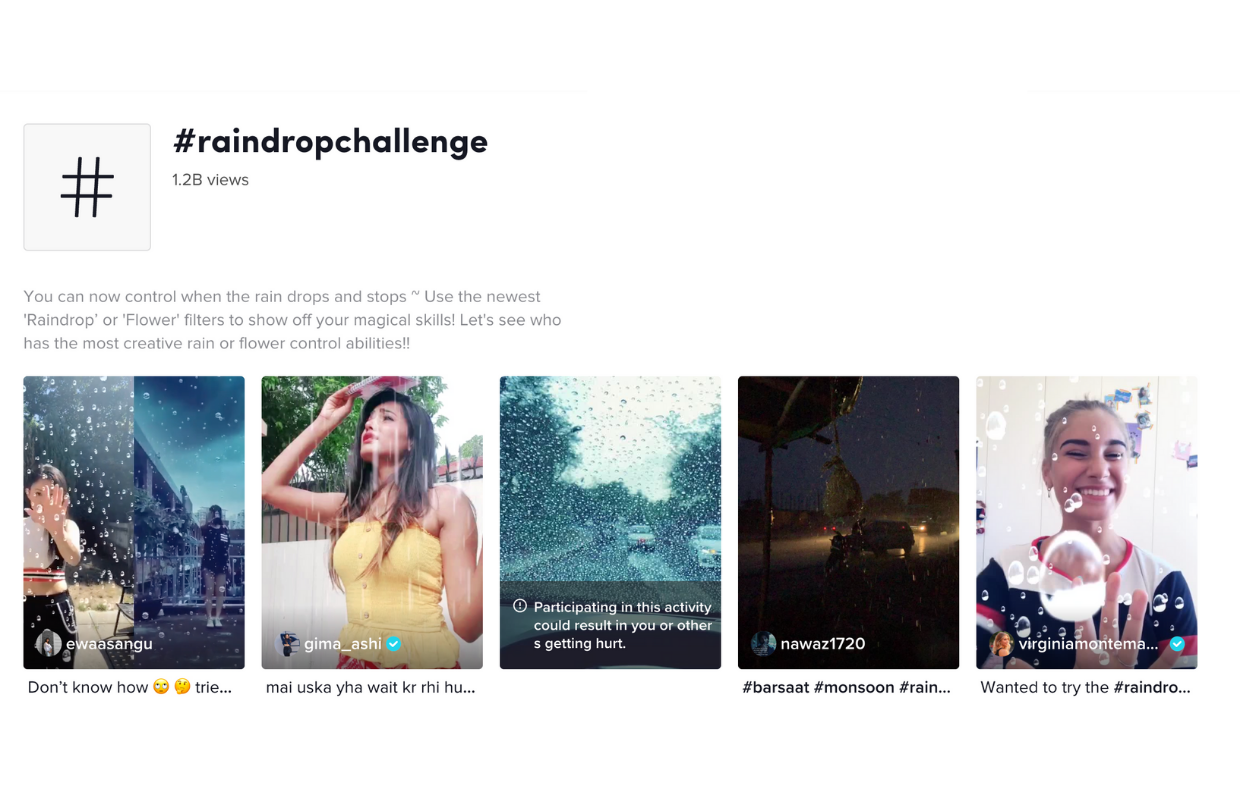 Hashtag challenges are one of the best strategies to keep your users engaged because they’re sharable and easy to replicate. These challenges can either be created by TikTokkers or brands to promote their products or services.

One of Bella Porch’s videos attracted 547.1 million views and close to 45 million likes. She used Millie B’s “M to the B” as a soundtrack and went viral in no time.

The video with the second-highest number of views got 76 million views and was from TikTok content creator Nathan Apacoda. He filmed himself drinking Ocean Spray cranberry juice while skateboarding.

With TikTok’s increase in popularity, it’s only fair that the app’s earnings have risen proportionally.

According to Sensor Tower data, TikTok is the top-grossing non-gaming app worldwide for February 2021, having registered more than $110 million in user spending.

Let’s look at some TikTok revenue growth and financial stats to understand better how profitable the platform is, so you can make more informed TikTok marketing strategies moving forward.

According to Influencer Marketing Hub, approximately 79% of TikTok’s revenue was from Douyin in China, 8% from the United States, and 3% from Turkey.

More specifically, in December 2020, China brought in a revenue of over $120 million.

This is extremely important to mention since a few years ago, before the arrival of ads, 42% of revenue came from the United States, as per the same source.

5.2. Americans have one of the highest spending on TikTok coins

This may seem odd since it doesn’t happen on the other major social media platforms, but TikTok users spend real money on the app to purchase coins.

TikTok coins are used to reward favorite creators by purchasing gifts and giving them away during live streams.

TikTok generated an estimated $4.6 billion revenue in 2021, a 142% increase year-on-year, as per Business of Apps.

According to TikTok, 67% of users agree that the platform inspired them to shop even when they weren’t looking to do so, and 74% of TikTok users say that the app has inspired them to find out more about a product or brand online.

As TikTok is one of the most profitable startups in recent times, the platform offers many advertising options to connect with a broad user base.

Because TikTok has established itself as the perfect platform for videos to go viral, reaching millions of users, especially youngsters, the app is the home for many famous faces.

It’s also the perfect place to give birth to new superstars overnight, thus offering great ways for businesses to promote their brand and products and reach wider audiences.

As of July 2020, the most popular TikTok content categories had over two billion views, according to Statista.

The most popular TikTok categories are:

Without a doubt, TikTok is here to stay in the long run.

Even though it’s a relatively new social media platform, it has demonstrated that it has massive potential to steal the spot of giants like Facebook or Instagram.

And what better way to showcase the platform’s success than through powerful TikTok stats?

TikTok is becoming more and more popular among teenagers and youngsters, but it’s a great source of entertainment for people of all ages.

So next time you’re planning your social media strategy, you might want to give TikTok ago and keep in mind those handy TikTok stats I put together. 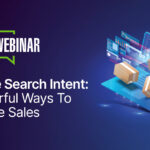 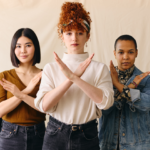