Alt Text Only A Factor For Image Search

Google’s use of alt text as a ranking factor is limited to image search. It does not add value for regular web search.

This is explained by Google’s Search Advocate John Mueller during the Google Search Central SEO office-hours hangout recorded on March 18.

Mueller fields several questions related to alt text, resulting in a number of takeaways about the impact it has on SEO.

Adding alt attributes to images is recommended from an accessibility standpoint, as it’s helpful for visitors who rely on screen readers.

From an SEO standpoint, alt text is recommended when your goal is to have an image rank in image search.

As Mueller explains, alt text doesn’t add value to a page when it comes to ranking in web search.

Alt Text Is For Image Search

In the question that relates to the title of this article, Mueller is asked if alt text should be used for decorative images.

From an SEO point of view, the decision to use alt text depends on whether you care about the images showing up in image search.

Google doesn’t see a page as more valuable to web search because it has images with alt text.

When it comes to using alt text in general, Mueller recommends focusing on the accessibility aspect rather than the SEO aspect.

“I think it’s totally up to you. So I can’t speak for the accessibility point of view, so that’s the one angle that is there. But from an SEO point of view the alt text really helps us to understand the image better for image search. And if you don’t care about this image for image search, then that’s fine do whatever you want with it.

That’s something for decorative images, sometimes you just don’t care. For things like stock photos where you know that the same image is on lots of other sites, you don’t care about image search for that. Do whatever you want to do there. I would focus more on the accessibility aspect there rather than the pure SEO aspect.

It’s not the case that we would say a textual webpage has more value because it has images. It’s really just we see the alt text and we apply that to the image, and if someone searches for the image we can use that to better understand the image. It’s not that the webpage in the text web search would rank better because it has an image.”

Hear Mueller’s full response in the video below. Continue reading the next sections for more insights about alt text.

The SEO Impact Of Alt Text

In another question about alt text, Mueller is asked if it’s still worth using alt text when the image itself has text in it.

“I think, ideally, if you have text and images it probably makes sense to have the text directly on the page itself. Nowadays there are lots of ways to creatively display text across a website so I wouldn’t necessarily try to use text in images and then use the alt text as a way to help with that. I think the alt text is a great way to help with that, but ideally it’s better to avoid having text in images.”

The question goes on to ask if alt text would be useful when there’s text on the page describing what’s in the image.

In this case, from an SEO point of view, the text on the page would be enough for search engines.

However, it would still make sense to use alt text for people who use screen readers.

“From a more general point of view, the alt text is meant as a replacement or description of the image, and that’s something that is particularly useful for people who can’t look at individual images, who use things like screen readers, but it also helps search engines to understand what this image is about.

If you already have the same description for a product around the image, for search engines we kind of have what we need, but for people with screen readers maybe it still makes sense to have some kind of alt text for that specific image.”

Alt Text Should Be Descriptive

The text should describe what’s in the image for people who aren’t able to view it.

Avoid using generic text, like repeating product names over and over.

“In a case like this I would avoid the situation where you’re just repeating the same thing over and over. So avoid having like the title of a product be used as an alt text for the image, but rather describe the image in a slightly different way. So that’s kind of the recommendation I would have there.

Hear Mueller’s full response in the video below: 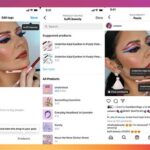 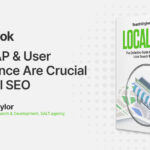