Meta is still reeling from the impacts of Apple’s ATT update for iOS, which has seen many users cut it off from data tracking entirely, limiting the insight that it can then share with its ad customers.

Indeed, in Meta’s most recent earnings report, it outlined how Apple’s update, which it has publicly criticized many times, will likely hurt the company’s bottom line to the tune of around $10 billion in 2022.

That’s a massive amount, even for a company of Meta’s scale – and as such, Meta is once again launching a new ad campaign to both win over small business ad dollars, while also taking another dig at Apple’s change.

As you can see in this new ad spot, the latest in its ‘Good Ideas Deserve To Be Found’ series, Meta’s looking to reinforce the value of personalized ads for SMBs, and how they can match businesses with the most interested customers.

“While there are some glimmers of optimism, small businesses are still facing the challenge of a lifetime. Meta’s most recent Global State of Small Business Survey showed that 20% of small businesses around the world were still not operational as of January 2022. Personalized ads have been a lifeline for small businesses through the pandemic, helping them find new customers and grow when it was difficult for people to be in person. In fact, 74% of SMBs using personalized ads reported that these advertisements were important to the success of their business.”

Meta’s hope is that this message will help to stop users from choosing to opt-out of data tracking when using its apps. Though for many, that ship has probably sailed, with the prompts already showing up, and users already flicking the switch, with no follow-up query to ask whether they might want to switch ad tracking back on at a later stage.

Still, Meta needs to do something, and maybe, by using the small business angle, that will help to lessen resistance to its tracking tools.

Which is the approach that Meta has taken from the start. Back in 2020, before the launch of Apple’s update, Meta explained that:

“We understand that iOS 14 will hurt many of our developers and publishers at an already difficult time for businesses. Many of these are small businesses that depend on ads to support their livelihood.”

It’s not Meta that Apple’s really hurting, the company sought to present, but small, mom and pop operators – “it’s you that will lose out if Apple enacts this change, and if individuals block its data tracking”.

In this respect, both elements are at least partially true – Meta loses out due to ad dollars shifting away, while its advertisers lose out due to less targeted, and thus, more expensive campaigns, which drive lesser results.

At Meta’s scale, that does indeed have an impact on the broader business landscape, but whether it’s actually Meta that’s hurting the most or SMBs, that’s more difficult to say.

In any event, that’s the stance that Meta’s taking, and it’ll be hoping that this new campaign once again underlines the value of personalized ads, not just for you, as a user, but also those businesses within your community.

In addition to the new campaign, Meta has also shared some tips to help SMBs navigate the changing digital ads landscape, and mitigate the impacts of changes implemented by big bad Apple.

So really, what Meta’s saying is that you need to build up your own direct connection where possible, and there are Facebook ad tools that can facilitate this. But it’s a bit of a shift in strategy, in that for years Meta has tried to push people to rely on its data-matching to deliver the best results.

In some cases, that may still be possible, and reports are that Meta’s automated audience matching and optimization tools are still delivering in some respects. But by tracking your own data, and utilizing that direct info, you’re negating the loss of insight as a result of Apple’s update, which will ensure a more stable framework for your marketing process.

Can Meta reverse the tide on data-tracking, and get more people to opt back in – or at the least, to not opt-out when prompted in its apps? It’s hard to say, but there is some merit to this angle, and it’ll be interesting to see if Meta does get any sympathy, or if we see a change in perspective over time as Facebook and IG ads become less targeted, and costs increase for brands. 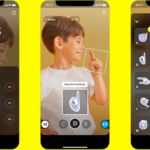 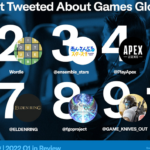