Twitter confirms it’s working on an edit button and will begin testing it with select users in the coming months.

This was announced last night after Tesla CEO Elon Musk, now Twitter’s largest shareholder, made headlines for polling his followers about the addition of an edit button.

Do you want an edit button?

As expected, the results were overwhelmingly in favor of an edit button.

Musk was recently appointed to Twitter’s board of directors after buying a 9.2% share of Twitter stock this past Monday.

His position may allow him to wield influence over the inclusion of new features. However, Twitter reveals an edit button was already in the works.

While Twitter acknowledges the poll, which received over four million votes, it says an edit feature has been in development since last year.

now that everyone is asking…

yes, we’ve been working on an edit feature since last year!

no, we didn’t get the idea from a poll 😉

we’re kicking off testing within @TwitterBlue Labs in the coming months to learn what works, what doesn’t, and what’s possible.

Twitter will first test the edit button with its Twitter Blue premium subscribers before rolling it out to everyone.

As a testing ground for new features, Twitter Blue Labs allows the company to experiment while providing additional value to its premium members.

Through testing Twitter can determine how to implement an edit button in a way that minimizes negative impact to the user experience.

There are a number of variables to consider, such as:

An argument can be made against allowing users to edit historical tweets from years past. Though a five minute window where a newly published tweet can be edited is perhaps more reasonable.

This will all be determined during the testing period, which Twitter says will begin in the coming months. 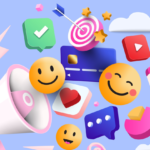 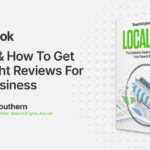