Well, I don’t think anyone saw this coming, not in any realistic sense at least.

But evidently, Elon Musk is serious about his push to better align Twitter with free speech principles, with the billionaire Tesla CEO offering a full, $43 billion hostile takeover bid for the app.

As per Musk’s note to the SEC:

Musk has been a vocal proponent of free speech, and has often criticized Twitter’s moderation efforts, including its decision to ban former US President Donald Trump.

Last week, before it was revealed that Musk was buying up Twitter shares (which he’s actually been accumulating steadily since January), Musk noted that Twitter needs to adhere to ‘free speech principles’ to truly serve its purpose.

What should be done? https://t.co/aPS9ycji37

That’s seemingly the impetus for Musk’s takeover bid, with Musk now outlining a vague plan to take Twitter into private ownership, in order to reduce its reliance on shareholders and ad dollars, thereby enabling it to make truly independent decisions for the good of public debate.

Market analysts say that Musk’s offer is low, given that Twitter shares recently reached $70. But it could still be tempting, and it is enough to at least be taken seriously as a legitimate takeover bid.

If Musk’s takeover offer is accepted, Twitter will likely see significant changes, and really, all bets are off as to what then happens to the app. But if the bid is rejected, Musk has suggested that he will likely withdraw from the company completely.

“If the deal doesn’t work, given that I don’t have confidence in management, nor do I believe I can drive the necessary change in the public market, I would need to reconsider my position as a shareholder. This is not a threat, it’s simply not a good investment without the changes that need to be made.”

It’ll be interesting to see if that also includes Musk deleting his Twitter account, which currently has over 81 million followers, and is a key media tool for the sometimes eccentric billionaire.

Following the revelation that Musk had become Twitter’s biggest individual shareholder earlier in the month (till Vanguard Group bought up more shares to overtake him), Musk began polling his Twitter followers on questions about how to ‘fix’ the platform. Musk was seemingly then advised to stop tweeting critical commentary, as a pending Twitter board member, which then lead to Musk withdrawing his interest in joining the board entirely.

It seems that Musk was dissatisfied with the response that he received from Twitter management, as he’s now looking to replace them wholesale, and start afresh with the company.

It’s an extraordinary move, and one that again raises questions about the disproportionate power of the billionaire class. Former Amazon CEO Jeff Bezos, for example, owns The Washington Post, and some have suggested that it’s now more favorable to Bezos’ positions in its editorial coverage (note: independent studies have found little to no evidence of bias in the Post’s reporting since Bezos’ acquisition).

Meta CEO Mark Zuckerberg holds significant power as the owner of several of the most utilized social media apps, while Apple and Google, while not independently controlled by a single wealthy founder in the same way, can also exert a level of control over media reach via their highly used digital properties.

In Musk’s case, he clearly doesn’t like what Twitter is doing, and being rich enough as he is, he’s seeking to do something about it, which could have significant consequences, in many ways.

On balance, I would say that the likelihood of Musk’s takeover offer being accepted is not high – but then again, I’d have never guessed that Musk would make such an aggressive push on Twitter shares, or indeed that he’d move into hostile takeover mode for the app.

So, who knows how this plays out? In some ways, it seems like just enough of an offer to be taken seriously, but not enough to be actually accepted.

But maybe Twitter will become ‘Tesla Social’, and memes and in-jokes about ‘420’ (note Musk’s offer price) and every other ‘edgelord’ trend will dominate in this new ‘free speech’ led cesspit.

It’s pretty concerning to think about – but maybe, this could actually happen, which could spell the end for Twitter as we know it. 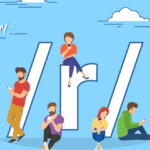 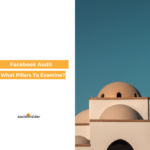