Twitter Board Agrees to $44 Billion Sale to Elon Musk

Following a Twitter Board meeting on Sunday, within which they re-assessed Elon Musk’s $44 billion dollar offer to purchase the company, Twitter has now confirmed that it has entered into a definitive agreement to be acquired by Musk, which will have massive implications for the future of the platform.

Musk’s plan, as he’s communicated various times, is to take Twitter private, in order to reduce the platform’s reliance on ads, thereby enabling it to be more open to ‘free speech’, however Musk interprets such.

Musk has been a vocal proponent of free speech, and has often criticized Twitter’s moderation efforts, including its decision to ban former US President Donald Trump. Now, Musk will be able to remake Twitter however he sees fit, which will likely see big changes to how it polices speech, and approaches moderation entirely – which, based on Musk’s comments, will be the key focus of his new reign at the app.

Though how exactly Musk will go about any of this remains to be seen. Already the CEO of Tesla, taking on the top job at Twitter himself seems like a big ask, which could see Musk appoint a new chief to oversee the next evolution of the app.

Twitter has a purpose and relevance that impacts the entire world. Deeply proud of our teams and inspired by the work that has never been more important. https://t.co/5iNTtJoEHf

It’s impossible to predict what comes next, but you can bet that it’ll be a significant shift in strategy, which will likely be required if Musk wants to have any chance of recouping his massive investment in the platform.

Indeed, as some market analysts have noted, the fact that Twitter’s board has decided to accept Musk’s offer, after initially dismissing it as too low, would suggest that Twitter’s Q1 22 earnings report, due later this week, is not going to be a good one for the company.

Twitter has been up against it of late, with activist investors pushing the company to improve its results due to its consistent under-performance, particularly in comparison to Meta, which it once considered a rival in the social media space.

Now, that pressure is relieved – but even so, at such huge individual cost (around a third of Musk’s personal wealth), Musk, you would assume, must have a plan to generate more money from the app.

Could that see Musk switching to a subscription only model for all users?

That would eliminate the app’s reliance on ads, while it would also be more in line with Musk’s plan to verify all users’ real identities, in order to combat bots.

And authenticate all real humans

Would people pay for Twitter if they had to? If Musk were to lock every user out, unless they signed up for Twitter Blue, or equivalent, would people do it?

There are also then questions about elitism, and locking out poorer users and regions, which would limit Twitter’s growth. But then again, if Twitter’s private, those decisions would all be in-house anyway, as the platform would no longer be accountable to shareholders or the market.

It seems like that could be a potential path for Musk to pursue, but what his exact plans are, nobody but Musk really has any idea.

It’s an extraordinary development, and one that again raises questions about the disproportionate power of the billionaire class. Former Amazon CEO Jeff Bezos, for example, owns The Washington Post, and some have suggested that it’s now more favorable to Bezos’ positions in its editorial coverage (note: independent studies have found little to no evidence of bias in the Post’s reporting since Bezos’ acquisition).

Will Elon look to censor critics, as he has in the past, on how own social network?

He’s certainly saying that won’t be the case:

I hope that even my worst critics remain on Twitter, because that is what free speech means

Either way, prepare for major changes as Elon Musk weighs into the social media space, with control of his own social media app. 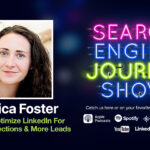 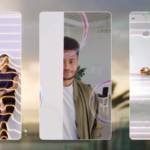