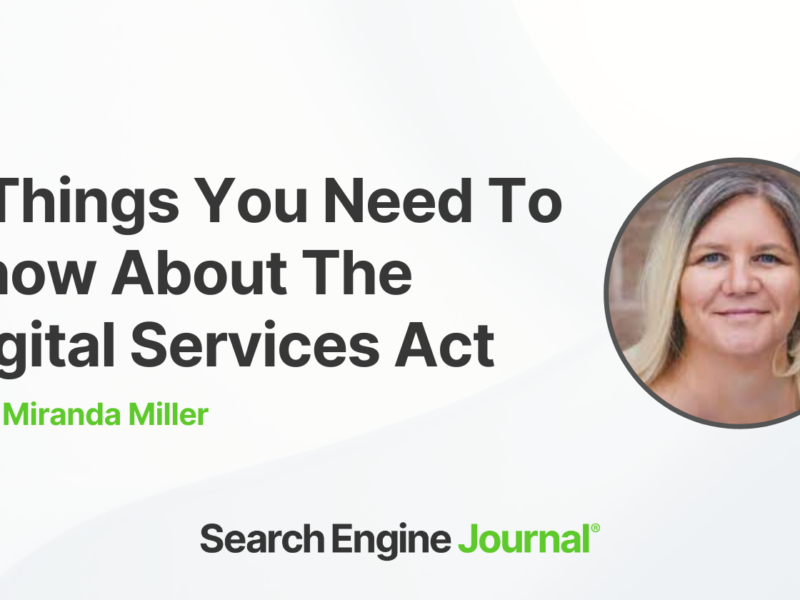 The EU Commission announced recently that Parliament and Member States had come to a “swift political agreement” on the proposed Digital Services Act (DSA).

The DSA aims to protect internet users by establishing an “unprecedented new standard” for online platforms that will see companies such as Google, Meta (Facebook), and Twitter held accountable for illegal and harmful content.

What’s more, the DSA will force online platforms to share how their algorithms work, put processes in place to remove illegal goods and content quickly, and crack down on users who spread misinformation.

Just what is the Digital Services Act, when does it come into effect, and what does it mean for platforms and the people who use them – including digital marketers?

Here’s what you need to know right now about the DSA.

1. What Is The Digital Services Act?

At present, the DSA is a proposed piece of legislation that the EU Commission first brought forward on December 15, 2020.

That proposal came with two associated proposals. In that first announcement, the Commission stated:

“The Commission has proposed today an ambitious reform of the digital space, a comprehensive set of new rules for all digital services, including social media, online market places, and other online platforms that operate in the European Union: the Digital Services Act and the Digital Markets Act.”

The Digital Markets Act is designed to ensure a level playing field between businesses and came into effect in March.

According to the European Commission, the overarching goals of the DSA, on the other hand, are to:

In short, this new legislation will hold search engines, social media networks, and marketplaces accountable for policing content on their sites.

2. When Does The DSA Take Effect?

As of publication, the European Parliament and EU Member States have agreed to move the proposal forward.

Now, it is subject to review by two co-legislators.

According to the April 23 media release,

“Once adopted, the DSA will be directly applicable across the EU and will apply fifteen months or from 1 January 2024, whichever later, after entry into force.”

Online platforms and search engines classified as “very large” (those that reach 45 million users or more in the EU) will be subject to the terms of the DSA even sooner, four months after their designation.

3. Which Online Platforms Will Need To Comply?

The legislation defines digital services as “a large category of online services, from simple websites to internet infrastructure services and online platforms.”

All digital services that conduct business in the EU are subject to the DSA, regardless of where the business is established – even small and micro companies (although the regulations are tailored to size).

Small- to mid-sized digital services make up 90% of impacted businesses in the EU and will be exempt from the most costly regulations.

The types of digital services subject to this legislation include:

The DSA also applies to “gatekeeper” platforms, defined as those with “a systemic role in the internal market that function as bottlenecks between businesses and consumers for important digital services.”

Platforms that reach 45 million users or more in the EU – those classified as “very large” – will also need to assess the risks their systems pose to public interests, fundamental rights, public health, and security.

These platforms will have to demonstrate that they are using appropriate risk management tools and take measures to protect the integrity of their services and prevent manipulation by bad actors.

Google currently enjoys 92.04% of the EU’s search engine market share and will be subject to the highest level of regulation.

With its 309 million daily active users in Europe, Facebook also qualifies as “very large” for the purposes of the DSA.

Other platforms and social networks that surpass the 45 million EU user benchmark include:

Documents released to Corporate Europe Observatory (CEO) and Global Witness due to freedom of information requests to the European Commission and the Swedish government show there has been heavy lobbying by Big Tech at each stage of the DSA’s journey from the Commission to Council and Parliament.

“Combined, the Big Tech firms spent more than 27 million euros in just one year. All five companies upped their budgets, but the biggest increase by far was Apple, which nearly doubled its lobbying expenditure,” they added.

Surveillance advertising, user tracking, and behavioral targeting were reportedly among the most contentious issues.

4. Okay, But What Does The DSA Actually Do?

The Commission states that the Digital Services Act will:

“…create horizontal rules to ensure accountability, transparency and public oversight around how online platforms shape the information space in which our societies thrive.”

At its core, the DSA is a regulatory framework that will impose rules around how platforms:

That last point could become massively inconvenient for major search engines, such as Google and social/advertising platforms like Meta, as they will have to explain to users how their algorithms work.

Under the DSA, digital services face steep fines – up to 6% of their annual turnover – for noncompliance.

5. What Are Digital Services Companies Required To Do?

Obligations for intermediary services such as IPs and domain registrars include:

Hosting services are obliged to follow the above, as well as “notice and action and obligation to provide information to users” and reporting criminal offenses to authorities.

The regulations become more onerous for online platforms, which are required to follow the above obligations and also incorporate:

Additionally, the regulations ban online platforms from targeting ads to children and prohibit targeting based on particular characteristics of users.

There are special obligations for marketplaces, including vetting the credentials of third-party suppliers and compliance by design. They are subject to random checks.

Very large online platforms – Meta, Google, et al. – must comply with all of the above and are also responsible for:

6. So What’s This About Algorithms?

One of the impacts of stronger public oversight of online platforms that reach more than 10% of the EU population (approximately 45 million people) is this:

“…transparency measures for online platforms on a variety of issues, including on the algorithms used for recommendations.”

Another section notes that the DSA will ensure that researchers have access to key data from the largest search engines to inform their understanding of how online risks evolve.

According to official documentation, countries are the first line of defense in the DSA, with enforcement falling on the Commission.

7. What Does This Mean For Online Advertising?

The gatekeeping of large online platforms has become problematic in that it hampers competition and leaves SMEs and startups at a disadvantage, the Commission reports.

Small businesses and organizations are dependent on large platforms for the moderation of communications and content rankings.

Because gatekeeper platforms such as Google and Facebook hold the keys to accessing the consumer data generated by these activities, SMEs and startups end up in direct competition with gatekeepers who use their data to serve their own interests (such as selling targeting back to those very SMEs).

The DSA will partially level the playing field by making the internal workings of advertising and ranking algorithms more transparent.

Meanwhile, its sister legislation, the Digital Markets Act, will compel gatekeeper platforms to give small businesses access to certain data.

The Commission promises that these two acts will ensure a safer, more accountable online environment for all. 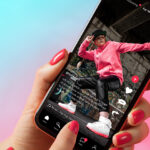 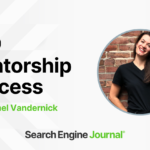