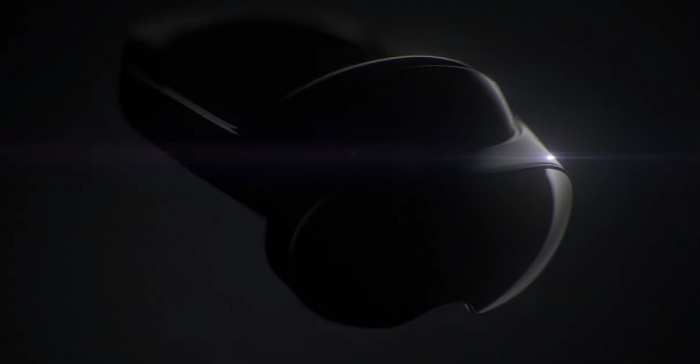 If Meta wants to see its metaverse vision become a reality, it needs to get more people into VR headsets – because the majority of the examples that we’ve seen of Zuck and Co.’s imagined metaverse thus far involve fully immersive virtual reality, and digital spaces that enable an endless range of interactions.

In line with this, Meta is reportedly planning to release four new VR headsets over the next two years, according to a new report from The Information based on Meta’s plans.

As per The Information:

“Meta’s planning to release Project Cambria, a high-end VR and mixed-reality headset that it’s billing as a device for the future of work, around September, according to a person familiar with the matter. Cambria was originally supposed to come out last year but its launch was delayed by supply chain and other pandemic-related issues.”

Indeed, Meta provided a first look at the Cambria headset late last year, which appears to be a more enclosed type device.

The Cambria headset will reportedly include high-resolution image quality, for more granular applications, while it will also enable the wearer to view their real-world surroundings using outward-facing cameras, which could facilitate all new mixed-reality experiences.

Cambria will also be the first of Meta’s headsets to include eye-tracking and facial expression recognition features, which will provide even more capacity to engage within the digital environment.

It seems, at present, that the more advanced model is aimed at professional users, with a specific focus on facilitating remote meetings and collaboration, while also enabling more general use VR applications at the same time.

Following the launch of the first iteration of Cambria, Meta’s also planning another, even more advanced VR headset type, currently slated for release in 2024, while it will also release two new versions of its popular Quest headset in 2023 and 2024 respectively.

At the same time, Meta’s AR glasses, currently titled Project Aria, are tentatively scheduled for retail release in 2024, and will essentially expand upon its Ray Ban Stories initial smart glasses release (Note: Meta’s now also referring to its AR glasses as ‘Project Nazare’, which could mean that there are also two variations of these in development as well).

The timeline will see Meta making a big push on VR, in alignment with its metaverse shift, which will ideally both accelerate VR take-up, and help Meta make more money faster from its next-level digital environments – because right now, Meta shareholders are understandably a little uneasy about Meta’s decade out timeline for seeing any major returns on its metaverse efforts.

As part of its Q1 earnings report, which Meta shared last week, Meta CEO Mark Zuckerberg explained the company’s long term vision, and how many of its projects currently in development won’t pay off for some time:

“We’re now basically funding product teams to be building our future products, two or three versions into the future. Because when you’re designing hardware, these are multiyear plans that you’re building and kind of figuring out all the pieces that are going to go into that […] It’s not going to be until those products really hit the market and scale in a meaningful way and this market ends up being big that this will be a big revenue or profit contributor to the business. So that’s why I’ve given the color on past calls that I expect us to be later this decade, right? Maybe primarily, this is laying the groundwork for what I expect to be a very exciting 2030s, when this is sort of more established as the primary computing platform at that point.”

So Meta itself is under no illusions about this being a long-term strategy, with the metaverse set to take on many iterations before it becomes the fully-functional, immersive engagement experience that the company envisions (take note, for all those peddling their NFT projects and similar, claiming that the metaverse is already here).

But that also means that company’s shareholders will need to hold tight for some time, as costs and expenses continue to rise, in the hopes that Zuckerberg’s grand vision does actually come to fruition.

Which it seems like it will, but even so, the market is generally not a patient environment, which is why Meta is now looking to reduce costs where possible to improve its bottom line, while also pushing out new products to boost VR adoption, and start generating real money from that element of the business.

Which is happening. Quest 2 sales are steadily rising, while Meta says that people have already spent more than a billion dollars on Quest store content. 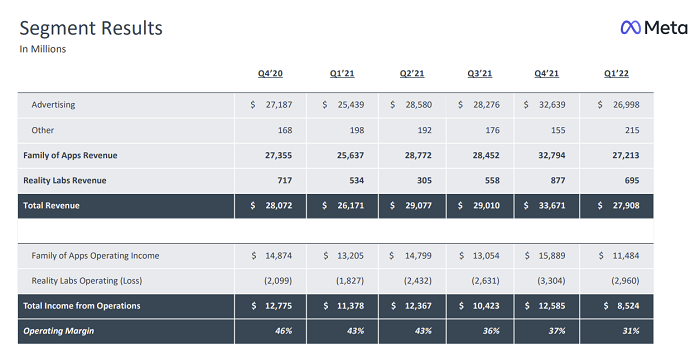 The opportunity here is clearly evolving, and Meta’s now keen to push that momentum, with the launch of its first retail store, focused on VR unit sales, and this new effort to launch new VR headset types to appeal to different use cases.

Combine that with its growing list of VR titles and you can imagine that Meta’s headsets will be in big demand once again this coming holiday season, ahead of the next big push into the metaverse environment.

Which is where these new devices will come in, with its AR glasses also feeding into the broader metaverse push, and potentially becoming a key connective device for consumers looking to tap into the rising activity in the space.

Which is what Meta really needs. It’s one thing to be touting the next-level of engagement, but if there’s nothing overly engaging there, in the VR space, no one will care how about technologically advanced these new headsets might be.

That feels like the situation at present. VR worlds exist, and there’s a steadily growing range of options available in Meta’s digital environment, but really, it’s not a hugely compelling option, while motion sickness and itchiness from the headset are also factors that can limit the time that people will spend in VR in any one session.

Really, Meta needs some more compelling apps and tools in there, and maybe Horizon Worlds, its VR creation platform will become that, while VR versions of popular games like Grand Theft Auto and Resident Evil could also help boost word of mouth, and see even more take-up.

There are also mental health considerations within that, and hopefully Meta is also factoring this in as it ramps up its push, with the more enclosed VR environment set to be even more damaging than current social media platforms.

Meta’s also launched a creator funding program for VR to help fuel more innovative, next level experiences, but all of this will take time, and it’s hard to see VR becoming a ‘must-have’ option till there’s a really strong, critical mass-type reason to log in every day.

I suspect that it’s coming, but we haven’t seen it yet. But when it does come, you can expect VR adoption to rise very fast – and for Meta’s share price to rise with it. 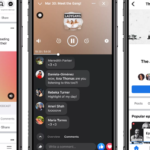 Facebook’s Removing Support for Podcasts, Just 10 Months After Launching New Podcast Features
Next Post
Where To Invest In SEO For Maximum Impact 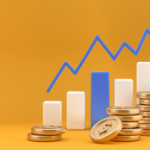