Online dating app company Match Group filed a lawsuit against Google on May 9, alleging the tech giant has created an illegal monopoly on Android by forcing apps to use its billing system.

Match Group says in the lawsuit, which was filed in the Northern California district court:

“Ten years ago, Match Group was Google’s partner. We are now its hostage. Once it monopolized the market for Android app distribution with Google Play… Google sought to ban alternative in-app payment processing services so it could take a cut of nearly every in-app transaction on Android.”

Google charges apps a service fee of between 15-30% for in-app purchases on top of monetizing the personal data of billions of digital app users, according to a Match Group announcement.

“These exorbitant ‘fees’ force developers to charge users more for their services and utilize resources they would otherwise invest in our employees, technologies and user-requested features,” Match Group said in the announcement.

In response to the lawsuit, Google released a blog post accusing Match Group of seeking to unfairly leverage Google’s investments in the platform for free.

“After years of reaping the benefits of Google Play, Match Group is doing all it can to avoid paying for the enormous benefits it receives–including misusing the courts, lobbying policymakers and even suggesting to investors that alternative billing systems would exempt them from paying for the valuable services they receive from Google Play.”

Google refutes the charges brought against it, claiming its fees are the lowest among major app stores and that fees cover the entire range of Google Play services, not just payment processing.

The response from the tech giant also points out that Android is the only mobile platform that offers alternative distribution choices, and that apps are not required to distribute through Google Play. 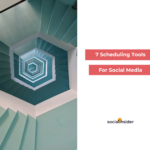 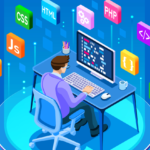