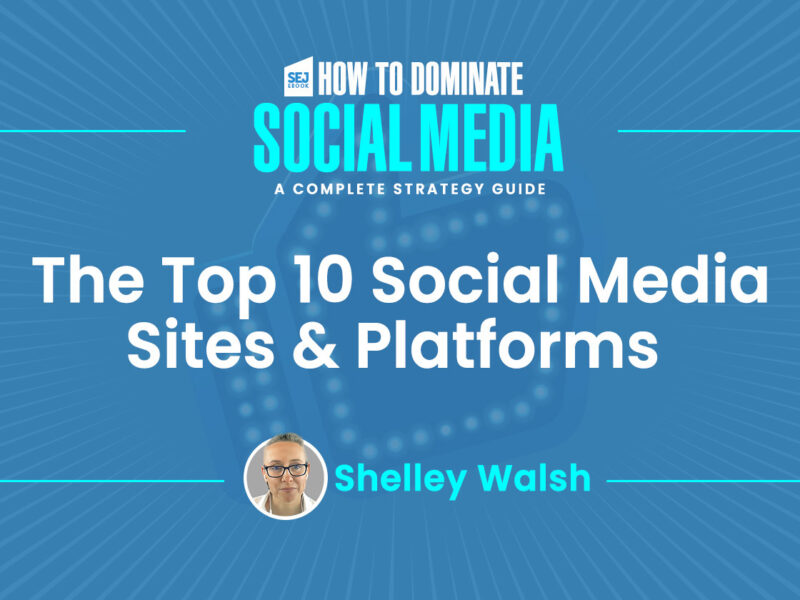 Social media is a pillar of many people’s daily lives.

The Digital 2022 April Global Statshot Report found that there are 4.65 billion social media users on the planet. That’s 58.7% of the global population, many of whom are using social media as a primary source of information.

From news (and disinformation) to lifestyle tips, decision-making to product research, social media users can gather all the information they need, without ever leaving their platform of choice.

And it’s not just in the U.S. (though 84% of Americans use at least one social media network). China now has more than 1 billion social media users, despite still having roughly 415 million citizens without internet access.

For marketers, these are more than just eye-catching numbers – they’re potential customers. And if you have a proper social media strategy, they can become realized customers.

Unfortunately, it’s not just as easy as hanging out your shingle on Facebook and waiting for the business to come rolling in.

You have to have a strategy to raise brand awareness, connect with potential customers, and engage with your audience. And a key part of that is being in the right place.

For example, if you’re selling retirement homes, TikTok probably isn’t the place for you, as 47.4% of users are under 30.

Similarly, if you want to target native Chinese speakers, Facebook probably isn’t the right platform for you, as it only has 3.3 million users in China.

So, how do you choose where to spend your time (and potential ad spend)?

Unless your company has deep pockets and doesn’t care about results, a shotgun approach, where you try to target everyone, everywhere, at the same time isn’t effective.

You need to consider which channels are right for your audience.

Before you go all-in on one social media site, test several out. See if you’re getting the results you want, and then strategically choose which ones you want to double down on.

In this piece, we’ll look at some of the most popular social media platforms, give you a quick overview of them, and make suggestions about what type of business they might work for. Facebook isn’t number one anymore. Sure, the platform that you connect with your mom, third-grade teacher, and neighbor is still there, and still as popular as ever (even more so, actually).

But now it’s Meta. Or at least the company that owns it, Instagram, and WhatsApp are now Meta, Inc.

The platform has seen a demographic shift, but it’s still the big dog on the social media block.

The News Feed increasingly suppresses business posts, but there are still ways to bolster engagement without investing in ads.

However, if you really want to drive action from your audience, Facebook ads are a great way to do it.

Consider joining (or creating) groups, using a Facebook Messenger chatbot, or using live video to up your engagement.

The original video social media platform, YouTube maintains dominance in that market. It is currently the second most used platform with 2.2 billion monthly active users.

The potential for reach on YouTube is unrivaled, with 81% of U.S. adults using the platform. The numbers can’t be ignored.

YouTube has a strong user base across all age groups. This includes the difficult-to-reach 65+ demographic, 49% of whom use the platform, second only to Facebook.

YouTube covers all genres from beauty, gaming, and education to DIY home improvements. This is the platform for most brands to invest in, with video being the growing medium for content marketing. WhatsApp remains the most popular social messaging app, way out in front of Facebook Messenger.

The closed messaging app might not seem the obvious choice for brands. But consider that SMS has a 98% open rate compared to 20% for email. It’s a captive audience. And, unlike SMS, WhatsApp messages are free to send.

If you use WhatsApp for customer service and retention, you probably already realize its potential for brands is huge and distinctly under-leveraged.

If you can crack WhatsApp, you’ll have a direct marketing channel to your audience.

Instagram is a social network where product-based businesses, influencers, and coaches can thrive.

Since introducing shoppable posts in 2018, the potential ROI for product-based businesses is higher than ever – not only can B2B’s connect with a massive audience, they can link the product information and sales straight from the Gram.

If your target demographic is under 35, Instagram is a gold mine: 67% of 18-24-year-olds use Instagram, with 67% of Generation Z and 58% of Millennials using the app daily.

TikTok bills itself as “the leading destination for short-form mobile video” with a company mission to inspire creativity and bring joy.

TikTok has certainly struck a chord as it’s the youngest app to market but has already seen incredible growth.

In 2017, after only one year, the app became the fastest growing app worldwide.

Despite attempts to ban TikTok in the U.S. and being banned in India, as of 2021, the app had been downloaded more than 3 billion times globally.

If you want to connect with Generation Z, TikTok is the platform to check out.

In the U.S., 25% of the audience is a teenager or younger. Those users are highly engaged, too; with an average user session of nearly 11 minutes, which is twice as long as Pinterest, the next closest app. If your target demographic is young, you definitely want to get in on Snapchat.

The most active users on Snapchat are 13-year-olds, and they’re spending upwards of 30 minutes a day on the app.

Reddit heralds itself as “the front page of the internet,” and according to Alexa rankings, Reddit is one of the top 20 most-visited sites.

Reddit has a unique blend of content and community, with more than 2.8 million communities or subreddits, dedicated to every topic imaginable.

With so many niches, there’s a place for every brand and business – it’s a matter of finding the niches where your potential customers are active and diving in.

However, be warned: Reddit is a fickle place and won’t tolerate blatant self-promotion.

Tread lightly as you begin to navigate because if you get the tone wrong, commentators are quick to jump in and can trash a brand.

Some of the most popular content on Pinterest includes fashion, food, decor, wedding, workout, and DIY-related pins.

In addition, anything with rich visuals can thrive on Pinterest.

Notably, 60% of Pinterest users are female. If you have a predominantly female audience, that’s a compelling reason to invest time in social media marketing on Pinterest.

That’s not to say that men aren’t on Pinterest – it has a male audience percentage of 40%. Unlike other social media platforms, Twitter saw a decrease in the number of users in the past year. This may be attributed to the banning of former president Donald Trump and fears of conservative censorship.

As of this writing, the site is in the process of completing a $44 billion sale to Tesla CEO Elon Musk. This announcement led to large fluctuations in follower numbers as the political makeup of the users changed, a process Twitter referred to as “organic” in nature.

In spite of a clear understanding of what the future holds for the platform, if your business is related to entertainment, sports, politics, tech, or marketing, you stand to earn tremendous engagement on this app.

On Twitter, brands have an opportunity to craft and hone their voice. There’s room to be clever and personable, while still being informative and helpful.

Jump into threads, provide value, share your own content as well as others, and join the non-stop conversation. Within its massive network of professionals, you’ll find more than 61 million users in senior positions on LinkedIn.

If you’re looking for decision-makers who have the power to hire your company, stock your product, or partner with you, LinkedIn is the place to be.

Did you know that the average LinkedIn user has an income more than $2,000 above the national median? Or that 50 million people use it to search for jobs every week?

LinkedIn is a very focused social media platform, and because of that,  it has unlimited potential for connecting with an elite group of professionals who can make a difference for your business.

Which Platform(s) Should You Use?

Social media is everywhere. And everyone is using it, from your teenage neighbor who’s trying to go viral on TikTok with the latest dance, to your 86-year-old grandmother who’s using Facebook to track down long-lost friends.

But, not all platforms work for every business. So, if you were hoping you’d reach the end of this piece and there would be an easy answer as to which ones your company should be on, well, you’re out of luck.

That’s not to say there isn’t an answer, it’s just that every social media mix will be unique.

Different platforms have different functionality which often makes them more suitable for specific brands and industries.

You need to figure out what you want to get out of your social media presence and then determine which strategy will help you achieve those goals.

Be selective, find the platform or platforms your audience is using, and then customize your campaign to reach them. 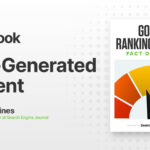 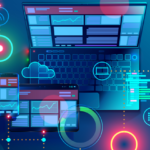