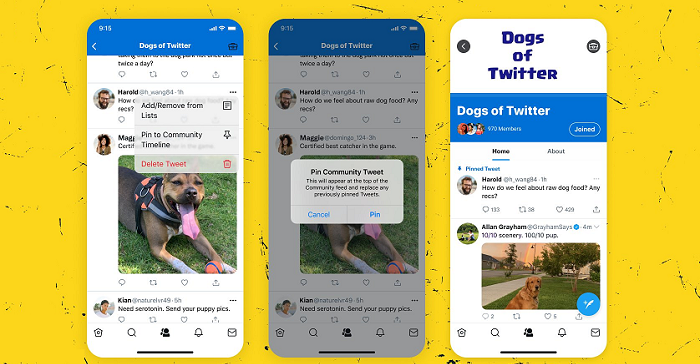 Twitter has added a new way to spark more engagement within Communities, with the ability for Community admins to now pin tweets at the top of a Community tab. 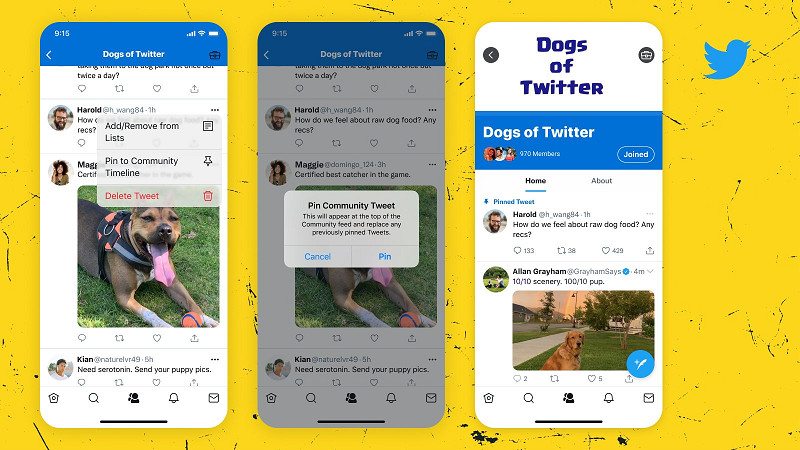 As you can see in this example, Twitter Community mods will now have a new ‘Pin to Community Timeline’ option on any Community tweet, which will then keep that tweet at the top of the Community feed, essentially serving as a conversation prompt or notice.

The option could help to spark more focused engagement within your Twitter communities – though whether Twitter’s more enclosed Communities option actually fits on the service at all is another question.

This far, Communities don’t seem to be taking off, with most communities seeing limited engagement. Part of the reason for that is likely the variance in approach – Twitter has always been about the ‘public square’, enabling everyone to have their say on the latest topics and tweets. Communities goes the opposite direction, in limiting that discussion, which, as we’ve seen on Facebook, can have some benefits. But does it work on Twitter, where most users are looking to share their thoughts with all of their followers?

To be clear, there definitely is room for such, with some users already creating alternate Twitter handles for different topics – so if you’re into, say, UFC and you work in digital marketing, you can then have a separate feed and audience for your topical tweets in each, so you don’t end up spamming each community with stuff that they don’t care about.

Communities provides a means to address this – though Twitter does have other, more practical solutions that seem to better align with Twitter’s ultimate use case, as opposed to seeking to change user behaviors, and limit their conversation reach.

This option, called ‘Facets’, which Twitter shared a preview of last July, would enable users to tweet about different topics from the one profile, with their followers then able to select which elements and tweets that they care about, or don’t.

The added complexity here is that you would need to categorize each tweet as you post it, and that extra friction in the process may be why Twitter has chosen not to push ahead with the project as yet. But the concept does seem more aligned with Twitter’s actual use case than Communities, which sections off parts of tweet discussion from general view.

Do Twitter users really want to limit their tweet reach for the sake of more intimate discussions, especially when they’ve already built a following, in most cases, based on their key topic areas?

Only Twitter itself knows for sure – and for what it’s worth, Twitter’s Communities team has told me that they are happy with the progress that they’re making with the option. But it hasn’t shared any official usage stats as yet, or numbers on Community membership and engagement.

As such, right now, it comes down to your perspective, and the value that you’re driving from your Twitter Communities. Pinned tweets could help to spark a little more interaction in this respect, and for those that are enjoying the option, it could be a valuable addition – while for branded communities, it could also be another way to boost awareness of new products and initiatives within these more exclusive chats.

We’ll have to wait and see whether Communities survives the Elon Musk transition, and whether it remains a valuable element of the broader tweet experience. 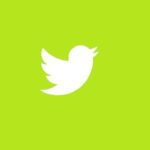 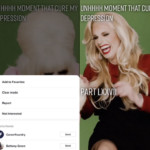