With the holiday season fast approaching, Meta has announced some new connection tools on Instagram, which are designed to lean into engagement trends, and get people sharing more of their personal interactions in the app.

First up, is Notes, a new conversation-prompting option which will sit just above your messages in your inbox, and highlights chat prompts from your connections. 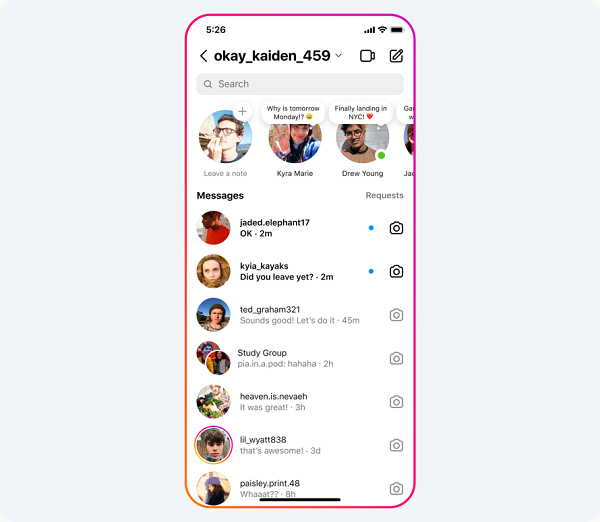 As you can see in this screenshot, Notes appear like Stories in your inbox, with your connections able to pose a question to spark a chat.

“Notes are short posts of up to 60 characters using just text and emojis. To leave a note, go to the top of your inbox, select the followers you follow back or people on your Close Friends list, and your note will appear at the top of their inbox for 24 hours. Replies to notes will arrive as DMs in your inbox.”

The option is another effort from Instagram to lean into the fact that more people are now interacting in messages than they’re posting to their main feed.

Back in September, Meta CEO Mark Zuckerberg explained that:

“Most people use feeds to discover content and use messaging for deeper connections.”

Instagram chief Adam Mosseri has also noted that more interaction is now happening within private channels, and given that this is where user engagement is now happening, Instagram’s keen to incorporate more ways to feed into this shift, in order to maximize engagement.

Though I’m not entirely sure this is it. I can already see marketers hijacking this for promotions, which will likely see people cut them off – but even beyond that as a concern, do people really want these little questions atop their Direct inbox?

“During testing, we learned that people liked having a lightweight, easy way to share what’s on their mind and start conversations. From asking for recommendations to sharing what they’re up to, Notes give people a casual and spontaneous way to express themselves and connect with each other.”

But I don’t know. Notes is being rolled out to all IG users from today.

Meta’s also looking to update its group chat function, with new group profiles, which will only be visible to group members, and Collaborative Collections. 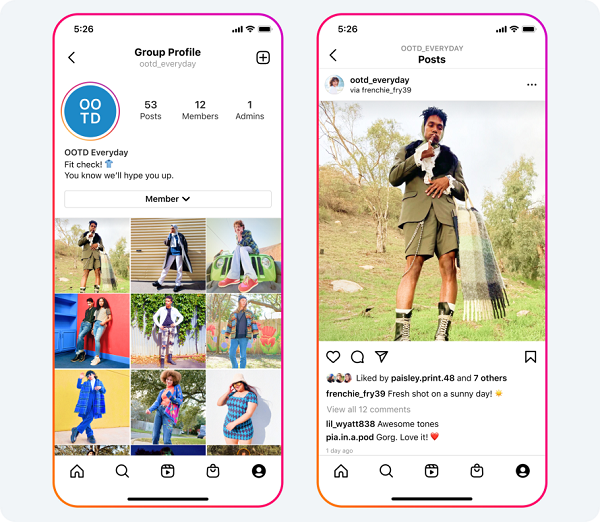 Group Profiles are effectively shared profiles where you can post content for the entertainment of the group (that won’t be shared with your followers), while Collaborative Collections will enable you to save posts to a private collection within your group chat.

Both could provide new ways to interact and prompt discussion within your chat communities.

Stories, meanwhile, is the other surface where Instagram users are increasingly interacting, as the feed becomes more flooded with recommendations.

First, there’s ‘Candid Stories’, Instagram’s BeReal clone that it’s been testing over the past few months. 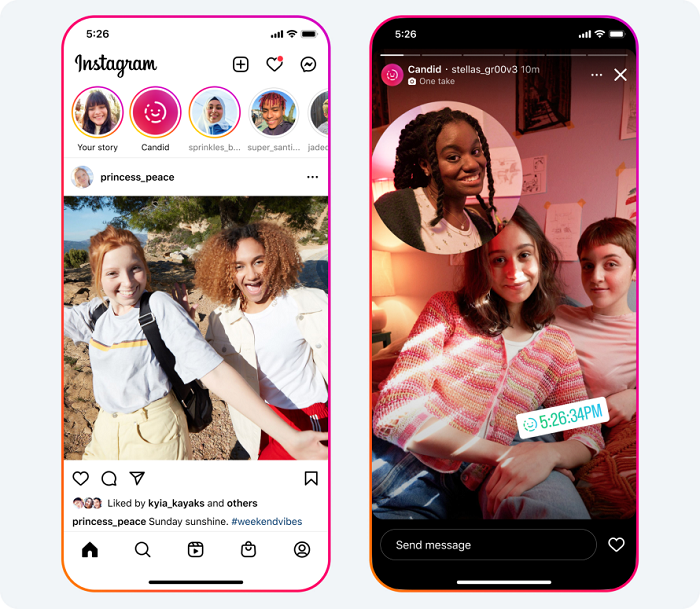 Just like BeReal, Candid prompts you to capture and share what you’re doing in-the-moment, in a story that’s then only visible to those who also share their own contribution.

Users will be able to prompt a Candid Story among their connections via a new option within the Stories Camera. Then, after you launch your first Candid, Instagram will continue to prompt you and your connections with a daily notification to capture another Candid, and share what you’re all up to at a given time.

So it’s BeReal, in IG, with Instagram once again looking to negate the growth of competing app by replicating its core features, and expanding their reach to its billion-plus users.

Which, in BeReal’s case, is actually pretty easy. BeReal has seen huge growth this year, and even won the recent App of the Year title on iOS. But the challenge for BeReal is where it goes next.

Is it an app, or is it a function? And if it’s a function, then maybe it actually fits better within Instagram or another, larger platform, where it can be accessed by the largest pool of users.

I suspect that the BeReal app, while popular, is fairly restricted in its growth options, and that Instagram’s clone feature will potentially prove more popular in the long run due to broader reach and exposure.

Finally, Meta’s also looking to prompt more engagement with its ‘Add Yours’ sticker in Stories, with a new ‘Pass it on’ prompt to invite more people to participate. 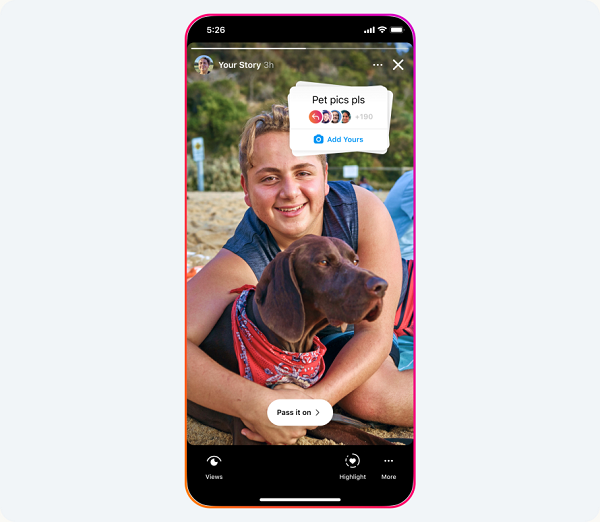 It’s hard to tell exactly where Instagram is at in its journey, with the app morphing from a photo-sharing app, to a video platform, then branching into Stories, Reels – basically every trend and shift has been shoved into Instagram over time, turning it into a confusing mish-mash of various things.

Which is clearly working for IG, as its usage holds, and ropes more people into these emerging functionalities. But every time I open the app these days, I find the recommendation-filled feed confusing, with Stories the only real element of value – and even then, only in limited form.

But Instagram has the usage data, it knows what people are responding to, and it’s working to lean into those trends.

Will these new elements get more people engaging more often in the app? We’ll see. 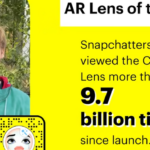 Snapchat Outlines its Top Lenses, Songs, Locations and Other Trends of the Year [Infographic]
Next Post
If Time Is Money, This Free Google Ads Budget Script Is Priceless 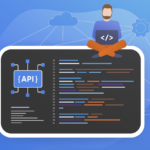