How much would you pay for that one perfect Twitter handle that you’ve always wanted for yourself or your brand?

Amid discussion of how to free up unused Twitter handles, of which there are well over a billion, Twitter has reportedly discussed holding an auction for these various @handles, as another means to generate income for the company.

As reported by The New York Times:

“Twitter has considered selling user names to generate new revenue as its owner, Elon Musk, tries to resuscitate the company’s business […] Engineers have discussed running online auctions where people can bid for the user names.”

That makes some sense, as it’s difficult to see how else Twitter might be able to redistribute these @handles in a fair and reasonable way.

Right now, the easiest way to get the Twitter handle you want is to monitor it, and jump when it becomes free. There are even apps which monitor your selected handles in case they open up – but that process will get even more complicated when thousands of people are competing for a single username. And with bots able to be set up to automatically snap up these names, it makes sense for Twitter to explore alternative solutions, which would at the least give all users some chance of getting the @handle that they really want.

It would also provide Twitter with another means to generate income, which new owner Elon Musk desperately needs.

Back in November, amid various questions about his $8 verification scheme, Musk explained that Twitter was losing $4 million per day when he took over at the app, due to massive expenses and limited intake.

In order to correct this, Musk immediately set about cutting Twitter staff, which has thus far resulted in a reduction of around 75% of its headcount, with Musk still continuing to cull staff, most recently from its trust and safety team.

Musk has also laid out plans for Twitter to make more money from other areas, including subscriptions, in order to reduce its reliance on ad spend, and diversity its income.

But still, Musk has continued to reiterate that the threat of bankruptcy is looming, and if Twitter can’t find more ways to draw money from its 238 million daily active users, it will be in an increasingly difficult operating position.

Which is worsened by Musk’s own obligations in regards to the loans he obtained to purchase the app.

“Last year, Twitter’s interest expense was about $50 million. With the new debt taken on in the deal, that will now balloon to about $1 billion a year. Yet the company’s operations last year generated about $630 million in cash flow to meet its financial obligations.”

So not only does Twitter need to get on a path towards positive revenue growth, in order to counter its existing obligations, but it’s also in a worse position on this front than it had been, due to Musk’s debt requirements.

Which is why Elon has been slashing costs everywhere he can, which has also included shutting down data centers, offices, halting vendor payments, ending staff benefits and more.

In this context, selling usernames also makes sense, and it’ll be interesting to see if and how Twitter looks to go about this, and what sort of safeguards, for example, that it might put in place for highly sought-after usernames, in order to stop them being re-sold on a secondary black market.

If Twitter even cares about that. Maybe, it doesn’t really matter what becomes of them after the auction, with Twitter taking its share, and the people who really want the handles paying top dollar for the privilege.

Or they miss out. It would be a bold but unsurprising move from Twitter 2.0 – and with reports that its ad business is still struggling, you can expect to see even more revenue-raising options being floated as Musk works to right the ship. 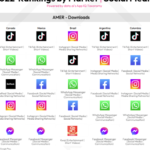