EU Regulators Warn TikTok that it Needs to Update its Systems in Line with New Laws, or Face a Ban

Regulatory pressure continues to rise for TikTok, with the EU now warning the app that it will need to adhere with its laws and regulations, or risk being banned from the region entirely.

As a platform reaching millions of young Europeans, #TikTok has to fully comply with EU law, notably the #DSA.

I asked TikTok CEO Shou Zi Chew to demonstrate, as soon as possible, not only efforts but results. pic.twitter.com/3B8yGaIQp2

As you can see in this tweet, EU Internal Market Commissioner Thierry Breton met with TikTok CEO Shou Zi Chew this morning to discuss the app’s obligations in the region, specifically in regard to the protection of young users.

Breton informed Chew that TikTok will come under specific scrutiny when the EU’s new Digital Services Act (DSA) kicks in in September, which includes new provisions for the protection of users, and specifically young users, in regards to content, data usage, and more.

Breton further informed Chew that if the new rules were in place already, TikTok would likely be in violation of them as it stands today.

Breton explained that it is not acceptable that TikTok users can access ‘harmful and sometimes even life-threatening content’ within seconds in the app. If that situation stands, Breton says that TikTok could indeed face a full ban in the EU, adding more pressure to the app to update and evolve its processes in line with developing regional requirements.

TikTok, which is already facing a potential ban in the US over its potential connection to the Chinese Government, says that it’s committed to meeting the requirements of the DSA, as well as Europe’s GDPR, and that it’s on track to improve its systems in line with all requirements.

But it’s another threat to the app’s dominant run in the space, which could potentially see TikTok face restrictions, and even bans, around the world, as more regulators dig deeper into the app’s impact, and linkage to outside influences.

Last month, an investigation found that China-based staff from TikTok’s parent company ByteDance had used the app to spy on American journalists, as part of an initiative to uncover potential leakers within its staff ranks. Which is exactly what various US security officials have warned about – that TikTok, which is under the control of Chinese management, has access to sensitive user data in foreign nations, which could be used, by TikTok or potentially by the CCP, in efforts to monitor and gather information on users.

TikTok has been working to distance itself from this, which includes a multi-million dollar plan to separate US user data from its China-based staff. But thus far, those concerns have not been abated, with a growing number of US states now banning TikTok from official devices, and calls increasing for the White House to take action against the app.

European officials also have their concerns, and with these new laws coming into place, which will push TikTok to implement more measures to stop users stumbling into harmful topic areas, that’ll put even more pressure on the company to update its systems, which will cost more in engineering and manual monitoring to keep the app in line.

But could TikTok really be banned?

Breton himself is developing a habit of making a public show of keeping social platform management in line, but thus far, the EU has not banned any apps for violations of its evolving rules.

That’s not to say it won’t happen, but it does feel like more of a public push to add pressure, than a genuine effort, at this stage, that will threaten the app.

But it’s just one aspect, and there may well be other concerns around TikTok that could result in more regulatory action against the app.

A lot depends on Chinese foreign relations, and how the CCP deals with other nations. Any shift in posture could prompt a re-think of such, which could indeed see TikTok banned in more places in 2023. 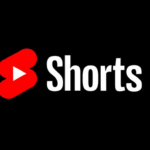 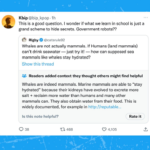