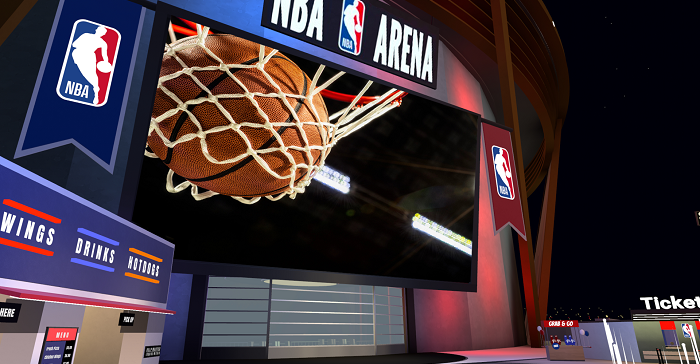 It’s difficult to truly measure the potential of Meta’s metaverse push as yet, because so much of its VR content is restricted, and limited in what exactly it can do at this stage.

Case in point – today, Meta has announced a new partnership with the NBA and WNBA, which will see more than 50 games broadcast within its VR environment, ‘including five in immersive, 180-degree VR’.

Which, as an NBA fan, sounds pretty cool. I mean, most of these games won’t be in full, immersive VR, which is the real lure, in providing an experience that simulates being at the actual game, which is not possible for those outside the US.

That would be even better, if all of these games were being broadcast in 180-degree, or even 360-degree VR, so you could take in the full stadium experience.

But they’re not – and even more than that, there’s actually a range of restrictions on this content:

So, basically, the only way to get the best version of this experience is to be in the US, where you can already attend these matches in reality. Also, the expanded Horizon Worlds content is only available in some places.

The restrictions underline the ongoing frustration with Meta’s metaverse push, in that it’s a) not very good, b) not utilizing full VR, and c) not even available in most regions.

So it’s hard to even measure what the metaverse will actually be, because most of us can’t access it to assess.

Of course, there are technical limitations here, including licensing, as Meta notes. But the difficult spot for Meta is that it’s being forced to promote a sub-par VR experience, in order to showcase the work that it’s doing, while it’s also working to get users excited for what’s coming, when the experience right now is just not that great.

Ideally, Meta would prefer to keep things under wraps until it’s at an optimal level, which would then provide a full-force VR experience, which may well be amazing, and beyond what we can imagine as yet. But when you’re investing tens of billions of dollars into a project, your shareholders are going to want to see where that money’s going.

And right now, it’s difficult to see it. I have a Quest headset. I never use it, neither do my teen kids. I go back to it every now and then to see what’s happening, but it’s just not engaging – there’s nothing that keeps me coming back, as yet, and nothing that will truly spark the next-level of adoption that Meta will need to make its metaverse experience a thing.

The risk for Meta, then, is that declining interest in VR could de-rail its plan entirely. Sales of VR headsets declined in 2022, year-over-year, which is not a good sign for the company’s broad-reaching ambitions.

If Meta can’t generate interest, and spark more hype around the tech, it’ll have a hard time getting people to even try out its metaverse experience, when it does become available in more regions.

But it’s early days. Meta itself has repeatedly noted that it will be a decade before we shift to the next stage of metaverse adoption, which, at present, pegs that at around 2030.

Can Meta weather the criticism and financial impact of such for another 7 to 8 years?

Really, it has little choice, as it’s gone all-in on the concept as the future of its business – and maybe, sometime soon, Meta will come out with a killer application or process in VR, that switches people’s thinking entirely. But right now, it’s a lot of empty hype, for half-baked VR offerings, at last from the consumer side.

I can see the vision, I get where Meta is headed. Just not sure it’s current development is helping much in this respect. 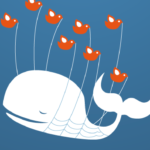