Hey, are you getting sick of Twitter pushing more and more algorithmically recommended tweets into your home feed?

You’re not alone – the Home timeline, which is now called ‘For you’, is where Twitter is trying to boost engagement, by showing you more tweets that you might like, while the recent addition of its side-swipe away ‘Following’ feed has seemingly further emboldened it to pump even more content from across the app into that main display.

But now, you can avoid it, at least on web:

Were any of you (all of you) asking for your timeline to default to where you left it last?

Starting today on web, if you close Twitter on the “For you” or “Following” tabs, you will return to whichever timeline you had open last. iOS and Android coming soon! https://t.co/uKz9DpNRux

Yes, from now on, your Twitter feed will default to either ‘For you’ (with recommendations) or ‘Following’, so you only have to see the latest tweets from the people and profiles that you follow in the app.

Which is a welcome update – though I’m not sure it’ll work in Twitter’s favor, as it seeks to improve engagement in the app.

As every social app has found, algorithmic amplification, whether users say that they like it or not, does increase time spent, and helps to improve engagement across the board, which is key for each app’s bottom-line performance metrics.

Meta, for example, has said that it plans to double the amount of recommended posts in user feeds on Facebook and Instagram, and it won’t be offering the option to permanently set your home feeds to just ‘Following’, though you can make that switch manually each time you open the app.

Why? Because Meta knows that while most people may want a feed of just the profiles that they follow, most won’t bother switching over every time they open the app, and the more they scroll through the recommendations, the more likely they are to tap on new things, watch more video, find more people to follow, etc.

Growth metrics go up when people are forced to see a wider spread of content – and with this in mind, it’s a little surprising that Twitter’s going to let users basically switch off its recommendations by defaulting to the feed option they prefer.

From a user experience perspective, this does align with what people say they want. But I suspect that it will add to Twitter’s growth challenges, especially if/when the same default setting is rolled out on mobile as well.

But it does address a common complaint, and it will, in some ways, give Twitter more impetus to pump in even more recommendations, as users will more easily be able to avoid them if they like.

Maybe, then, it all evens out – but I do suspect that adding a straight following feed as a default will reduce discovery and time spent in the app.

We’ll see how it goes on Twitter’s end – if, of course, we ever get any performance numbers from Elon and Co. 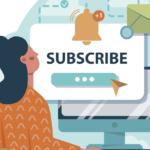